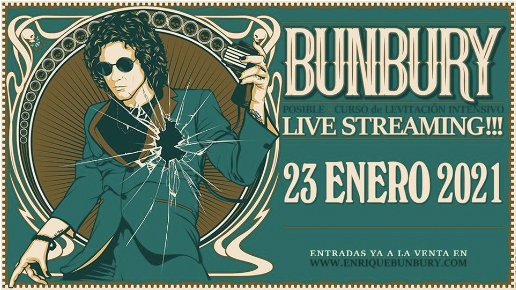 Description: <p>Enrique Bunbury is the former vocalist of H&eacute;roes del Silencio. Born in Zaragoza in 1967, the singer would go through up to four different bands in a truly short period of time before becoming the voice of H&eacute;roes del Silencio at just 17 years old. When the group disappeared in 1996, their vocalist went solo with <em>Radical Sonora</em> (1997), <em>Pequeno</em> (1999), and<em> Flamingos</em> (2002). Rolling Stone magazine included the latter album among the ten most influential in the history of Spanish music, as well as the H&eacute;roes del Silencio album <em>Senderos de Traici&oacute;n</em>. Another important recognition is the MTV Award for Best Spanish Artist .</p>