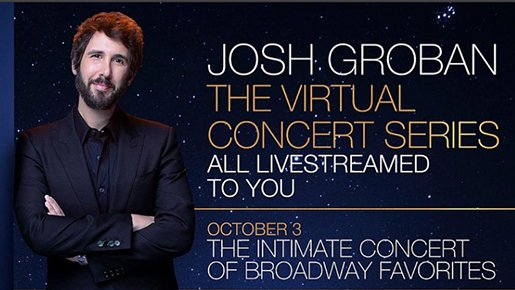 Description: <p>Josh Groban announced today that he will be releasing a brand new album, <em>Harmony</em>, this November. In addition to the new album, Groban will take fans on a virtual concert &quot;tour&quot; this fall with three new, intimate concerts filmed in-person and live streamed directly to audiences.To kick off the series, Groban will perform a concert of Broadway favorites on October 3. The album release concert will take place on November 26. And on December 19, join Groban for his first ever holiday concert.</p>