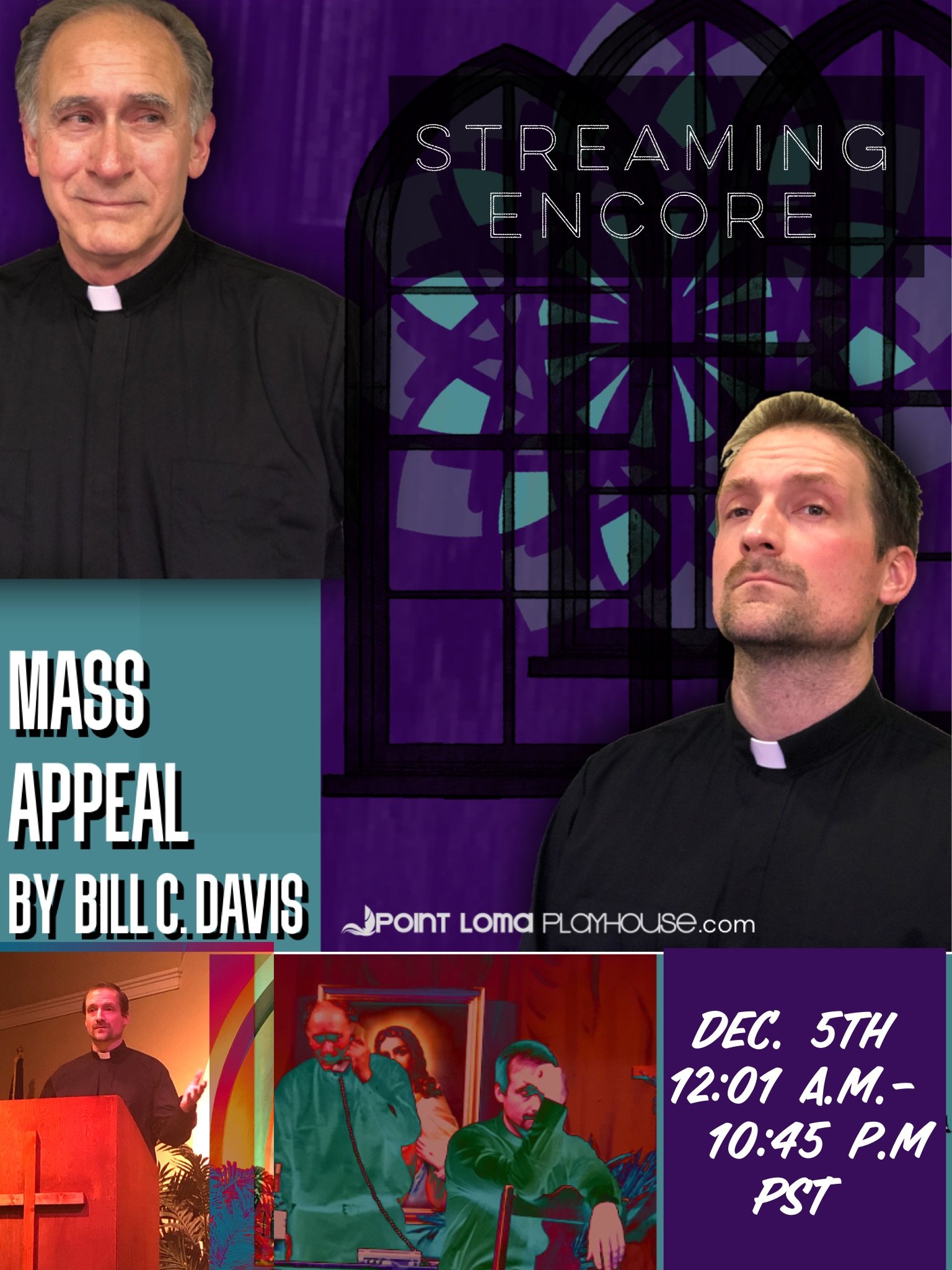 Description: <p>Point Loma Playhouse will restream their recent production of Mass Appeal. Filmed under COVID-19 guidelines, Bill C Davis&rsquo;s two- character play deals with religion, faith, politics of the church and relationships. Mark Dolson, a young seminarian, comes to study and work with Father Tim Farley, an older priest who has burned out internally, his faith and his passion are gone but he has years of experience in the showmanship of the priesthood. When young Dolson begins to call Father Farley on his sloppy, passionless, theology and his contradictions in his life, the fire roars. Considering the recent defrocking of a powerful bishop by Pope Francis, it is clear these issues are still as much a part of today as when it was written in the early 1980s. Richard Rivera as Father Tim and Timothy Benson as Deacon Mark Dolson. Produced by Point Loma Playhouse Directed by: Jerry Pilato Stage Manager and Video Editor: Erica Livingstone Set Design: Jay Maloney Videographer: Robinawitz Demi</p>