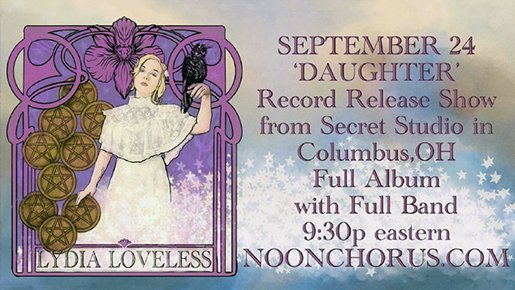 Description: <p>Lydia Loveless has announced a series of three ticketed livestream shows beginning later this month in support of her new album, <em>Daughter, </em>due out September 25 via her own label Honey, You&rsquo;re Gonna Be Late Records. The first will be a full band record release show on September 24, where she will perform <em>Daughter </em>in its entirety live from Secret Studio in Columbus, OH. The second, on October 8, will feature Loveless solo performing a handpicked, career-spanning set. The final livestream on October 22 will see Loveless performing solo and on the piano for the first time in her career.</p>