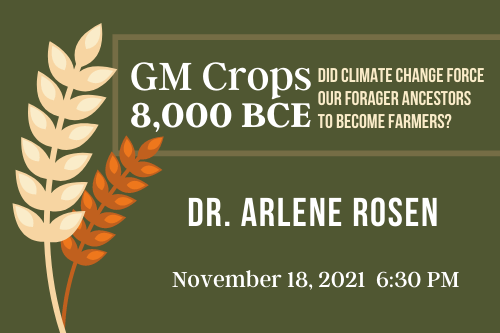 Description: <p>San Diego Archaeological Center: The beginnings of agriculture was one of the most critical pivot points in the 300,000-year career of our species. It set the stage for rapid shifts in human (Homo sapiens) social, economic and political systems that led us to the complex societies we live in today. In the past few decades, many archaeologists have pointed to climate change as a prime mover which led us to shift from a two-million-year tradition (in the genus Homo) of foraging and hunting to farming in the past mere 10,000 years. But what actually was the role of climate change in the beginnings of cultivation? Was it really a solitary &ldquo;prime mover&rdquo; of economic change? Or were there other critical contingencies? In this lecture, Prof. Arlene Rosen explores the reasons for the origins of wheat and barley agriculture in Southwest Asia using her own data from the rare plant remains collected from sites of the last Hunter/Gatherer groups in that region. This event will be held on Zoom. Cost: Pay what you wish.</p>