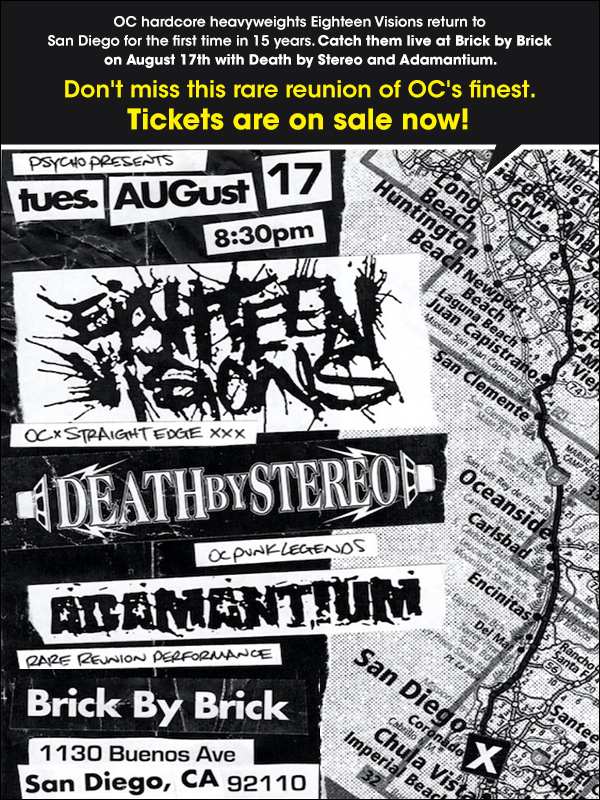 Description: <p>Eighteen Visions is an American metalcore band from Orange County, California, formed in October 1995. The band broke up in April 2007, less than a year after their major label debut was released through Epic and Trustkill Records. After over a decade of absence, the band reformed in 2017.</p>

<p>Death by Stereo&nbsp;(also referred to as D.B.S.) is an American hardcore punk&nbsp;band&nbsp;formed in Orange County, California circa 1998 by frontman Efrem Schulz. They are well known for their energetic performances and intricate guitar work.</p>