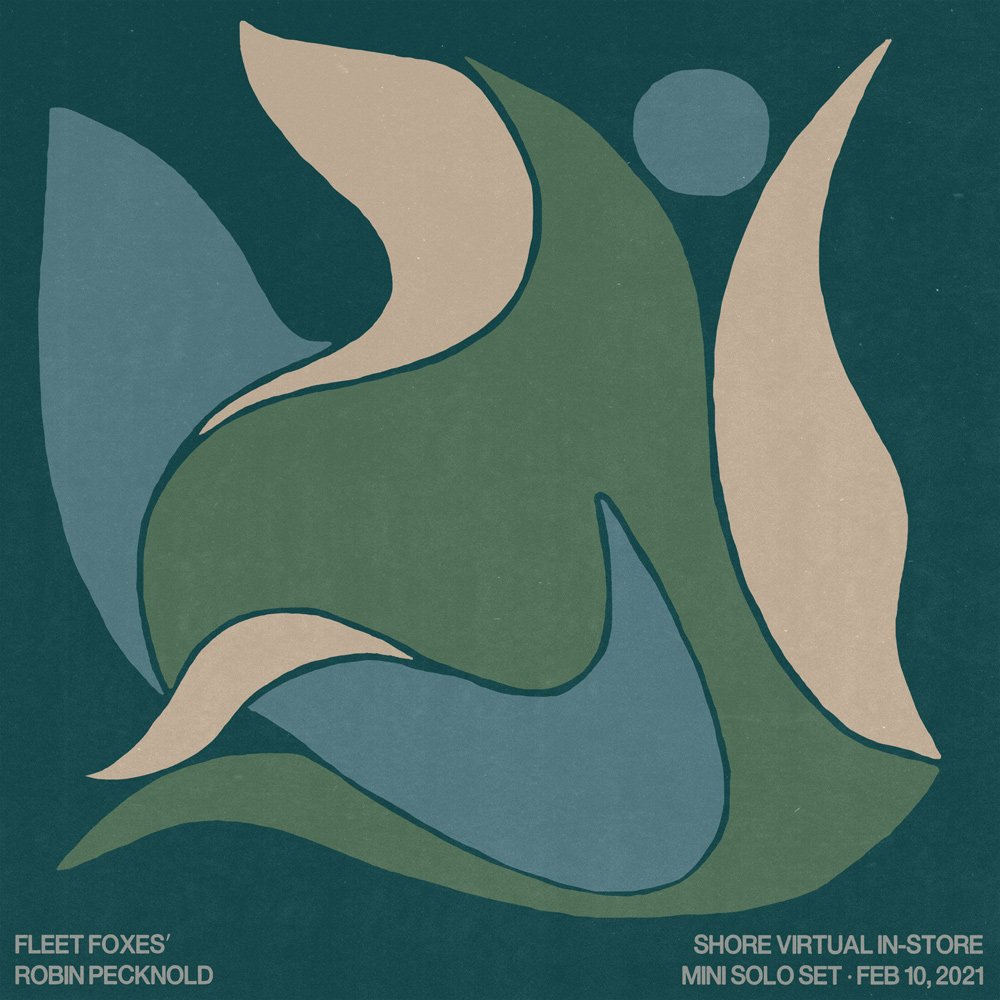 Description: <p>Fleet Foxes&rsquo; Robin Pecknold will commemorate the release of <em>Shore</em> on vinyl &amp; CD at independent record stores with a virtual in-store performance, streaming at NoonChorus. Fans can get access to the mini solo set by pre-ordering the album now at their local indie retailer, or by purchasing in the store or curbside on the weekend of its release, February 5. Available on an exclusive crystal clear 2LP vinyl set at independent record stores only. A limited edition Fleet Foxes art print by Bailey Elder will also be available as a free gift-with-purchase while supplies last. Praised by critics upon release, <em>Shore </em>topped year-end lists securing spots in the top 5 in Uncut, 6Music and Mojo, Uproxx, and placing on numerous lists including The New Yorker, NPR, Pitchfork, USA Today, Stereogum, Rolling Stone, and more stateside. Shore is also finding strong support from non-comm radio having secured #1 on JBE non-comm chart for the 14th week in a row.</p>