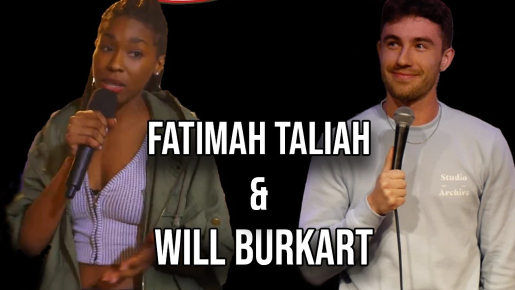 Wed 9/1: Will Burkhart and Fatimah Taliah

Description: <p>Will Burkart is an LA based stand-up comedian who has toured the country opening for comedians such as Bobby Lee, Drew Lynch and Brent Morin. Will’s stand-up clips have cultivated a substantial audience on TikTok amassing over 15 million views. Former model Fatimah Taliah is a Chicago born comedienne, writer and actress. Fatimah has starred and co-starred in a variety of roles on television such as <em>Life in Pieces</em> (CBS), <em>Goliath</em> (Amazon) and the upcoming Andrew Garfield film, <em>Under the Silver Lake.</em></p>